Variety of Ways In Which a Cat Can Affect the Cleanliness

As any cat owner in Notting Hill will know, the addition of a cat to the household is not purely pleasure as the amount of domestic cleaning which you might have to handle can increase. This is especially true of those who have kittens and younger cats, with the amount of attention which you will have to pay increasing dramatically. However, it is not impossible to maintain a clean home while at the same time sharing it with one or more cats, but it does help to pay attention to the variety of ways in which a cat can affect the cleanliness of your home and in particular your carpets and rugs.

Perhaps the most obvious way in which you will have to pay attention to your rugs when there are cats (or indeed any pets) in your household in Notting Hill, W11 is the amount of hair which they are able to shed. These small and often difficult to spot hairs accumulate and weave their way into the fabric of the carpet and sometimes are not entirely removable with just a vacuum cleaner. For those who want to keep their home in the cleanest condition, and those who want their rugs to remain at their best, dealing with these hairs will often be a constant battle. While some people choose to limit the number of rooms which their pets are allowed to enter, this does not prevent the situations in which the owners themselves are spreading the hair around from their clothes, shoes or similar methods. Getting rid of the cat hair is often a case of calling in the professionals every once in a while.

One of the less than helpful ways in which a cat can show appreciation for their own is to bring in a smaller animal which they have caught as an offering or a present. Left on a carpet, these smaller and considerably deader creatures can often be a problem for those who are seeking the cleanest possible rugs. As well as the stains which might be left behind by blood and other such fluids, the smell which they can leave can be something which sticks with the rug until it is cleaned. As a natural part of owning a cat, people will find that they quickly become familiar with such presents and immediately begin to think about the ways in which their carpets and upholstery might be affected.

When trying to house train younger cats, the smell which can be left behind is something which is difficult to remove. As well as training with the litter box, there are a variety of ways in which kittens and untrained cats might not be entirely familiar with the best place in which to acquit themselves. As such, the rugs and carpets in your home in Notting Hill might pick up a distinct ammonia smell which is difficult to detect if it gradually builds up over time. You might notice it if you leave the house for a short while, returning to the home to rediscover the smells which you had once grown accustomed to. Getting rid of such odours is something which might have to be handled by the professional cleaners. Because the chemical and work themselves deep into the fabric of the rug, traditional carpet cleaning can often not be entirely sufficient. If you talk to a cleaning agency in the W11 area, then you will be able to ascertain whether you need something such as steam cleaning, normal help from the carpet cleaners or even whether it is something which you will be able to handle on your own. Regardless, as cats get older, this might be a blessing in disguise for your rugs and the cleaning process. 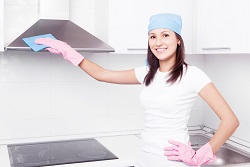 Every year, a lot of people have to take leave from work citing medical illness. Even if one person gets sick in your office in Bermondsey, the germs can... 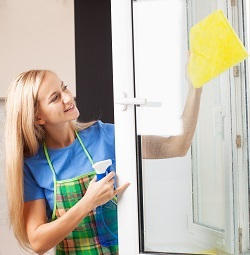 Easy Ways to Makeover Your House The success to any type of home cleaning lies in preparation and the systematic approach that you take to getting your house...

Best Tips to Make Cleaning with Children Easier Children and cleaning do not usually mix. Despite your kids being a source of joy and pride they can be an...